#1 by Beast25
I'm interested in hearing about the roles clan play on epona. More so with eg clans...is it more just a make up of friend groups? Is there still one clan most people join?
Beast25 - Warrior 227

Re: Roles clan play on epona 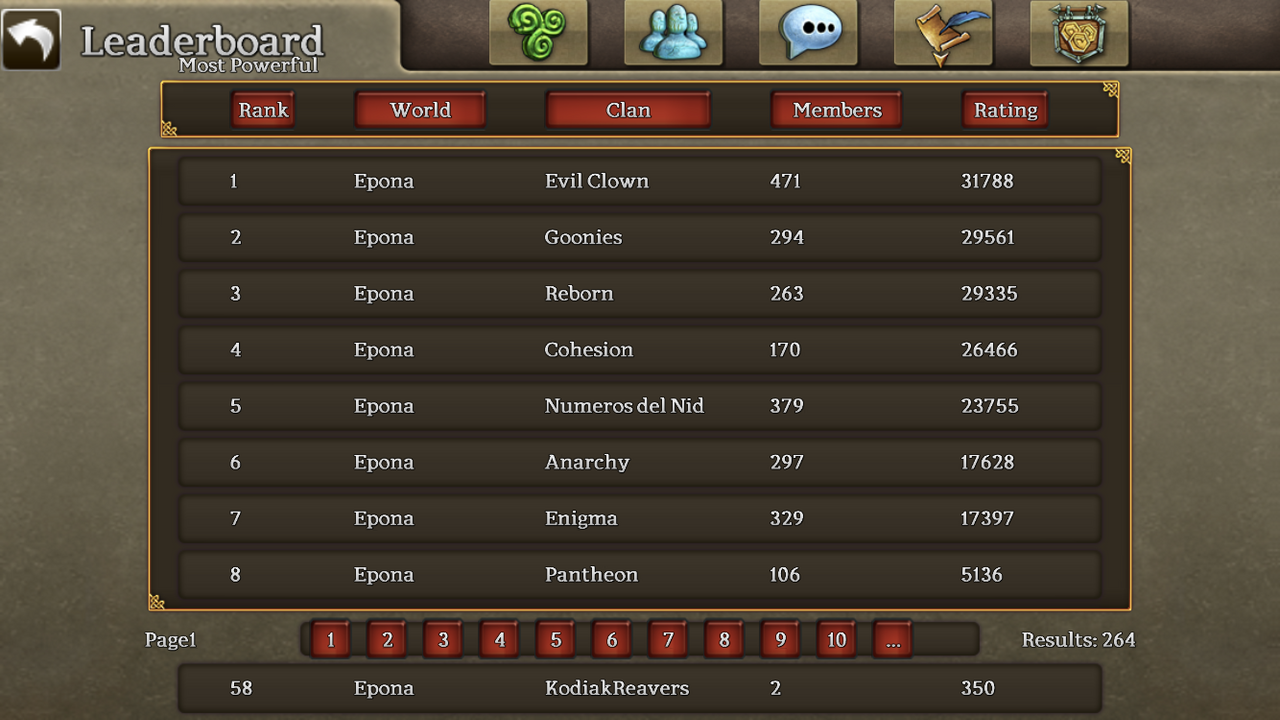 With endgame players spread equally throughout. Some have more than others such as Goonies while others are mostly built on lower levels like Numeros. Some are different than others with things like rules or a clan bank to help others out, but everyone follows the Rules of Epona. Clans play very little role in general and you can get geared just as fast when playing solo vs being in a clan. There’s a lot of endgame players that play solo as well.

Zkills, Proud general of the beloved KodiakReavers of Belenus, the G.O.A.T clan

Re: Roles clan play on epona

#3 by Doc Holiday
I'm fairly new to Epona, clans really don't seem to play a huge factor at all, I was able to finish edl aura solo, without a lot of difficulty, between bossing n buying n trading.

Like anywhere though y'know having people in your clan can help w getting items via bank or player inventory or whatever.
I'd imagine clans tend share, give or sell drops at a heavily discounted price, if not free.

Having other guys keep timers is def a bit of a bonus as well.
Big bosses like mord.necro gele, dhino are sort of a server affair.
But dl/edl stuff I imagine is more of a keep your own timer sort of deal.

For those clans that use banks, obviously that could def help. Not sure how they distribute there though tbh.

One of the advantages I could see is since epona rolls and some bosses aren't class specific.
Your clan could act as extra rolls or roll on your behalf as well I guess.
Helping to increase the odds of winning I suppose.

But I'd imagine its more the social aspect/ support group as opposed to an absolute necessity.
Due to the "free play" nature of the server you can surround yourself w who you want to, not who you have too.
Since nobody is trying to maintain any level of control.