#71 by Magustra
@ Vold : You're very welcome, chap... I hope you like it.
My apologies by the way, if my post came across in any way condescending. Upon reading it over, I fear my haste in its composition belied its sentiment and intent.
As is often the case, I only had a few fleeting moments to write it, and not wishing to sound presumptuous with regards to knowing what you may, or may not, like, I quickly added the word 'seeming' without then reviewing it to make sure of the remedy. On reflection, I since realise that this may read as a conceit on my part, or worse yet a back-handed compliment, which I assure you was never my aim.
Fear of presumption aside, however, I'm almost certain you'll enjoy the series, or at least in so much as I have seen of it.
@Diablo : thank you very much for the kind words, chap... It's very much appreciated. As the above post to Vold illustrates, however, my posts are far from perfect, and in fact there are many more holes that could be poked, and beyond the mere point cited here. I am simply fortunate that the reader's eyes thus far have been of the kind and generous sort, and for which I am most grateful.

#74 by Magustra
@purple... You perhaps said more with a letter, than I would accomplish with fifty words. It was succinct, and 'cutting' with a capital 'K'. Hats off to you, mate, and your point is well taken. In all honesty, I feel far more comfortable receiving warranted critique, than praise I feel I would ill-deserve (though that is not to say I am not extremely appreciative of the latter)... And so you have my thanks in either event.
@Oberyn... I really liked the cookie analogy, chap, and was much to my liking and tastes.
To my way of thinking, though, and however gratefully received the offer of a biscuit, to never once withdraw a hand, and knowing full well that the work did never merit such reward, is to risk growing fat, and not too far removed from seeing one's swollen (and undeserving) paw become stuck amidst the cookie's very jar.
Additionally, if it happens that the vessel is placed too high, and so far as to require a stall in the matter of the reaching, then it can equally pay to be mindful of such falls as well might follow after it.
I appreciate that I can be a little much at times, however, and to say the least (lol)... Though perhaps me actually saying 'the least' from time to time, would aid matters.
Nevertheless, we are what we are, and it is sadly in my nature to be a bit pedantic and to waffle incessantly... If it helps though, for however much my posts may occasionally irritate, my inner-monologue is of far greater annoyance, I assure you... And I have have to put up with that thing rambling on 24/7 (lol).
My previous post was merely an attempt to courteously shift attention away from myself, and back to the topic at hand, and so as not to do the OP a disservice, but instead it has had the opposite effect. With this in mind, I'll respectfully withdraw from topic now, as indeed I did with Natalia's 'robbed' post, and in order that I should not hinder it further.

#75 by PurpleRain
Cool beans and no need to withdraw from the topic of discussing Walking Dead. Most enjoy your point of view as do i.

All I have to say is OMG #Team Carol, loved it!!
Cookies or tied to a tree, lmao. I think I would have to choose the cookies too. Ha

#76 by Magustra
Edit: After reading Purple's post, it occurs to me that Oberyn's cookie reference relates to the most recent episode of the show (which has yet to air in the UK), and is not in fact the metaphor for accepting praise that I had assumed (lol).
Thereto, I just wanted to extend my apologies to Oberyn for the misreading (and consequently to Purple for derailing the topic one last time).
95% of my last post can therefore now be disregarded... Although this is probably a valid rule for most of my posts, if truth be told.

Magustra wrote:Edit: After reading Purple's post, it occurs to me that Oberyn's cookie reference relates to the most recent episode of the show (which has yet to air in the UK), and is not in fact the metaphor for accepting praise that I had assumed (lol).
Thereto, I just wanted to extend my apologies to Oberyn for the misreading (and consequently to Purple for derailing the topic one last time).
95% of my last post can therefore now be disregarded... Although this is probably a valid rule for most of my posts, if truth be told.

You have been beating yourself up a lot lately. As purple hinted, there is absolutely no need for that. This is a gaming forum after all. I don't think anything is taken seriously here. I like you; therefore, you are forever exempt from my hate list.

As for the cookie...yep, I was referring to invisible Carol's generous offer. For anyone interested... 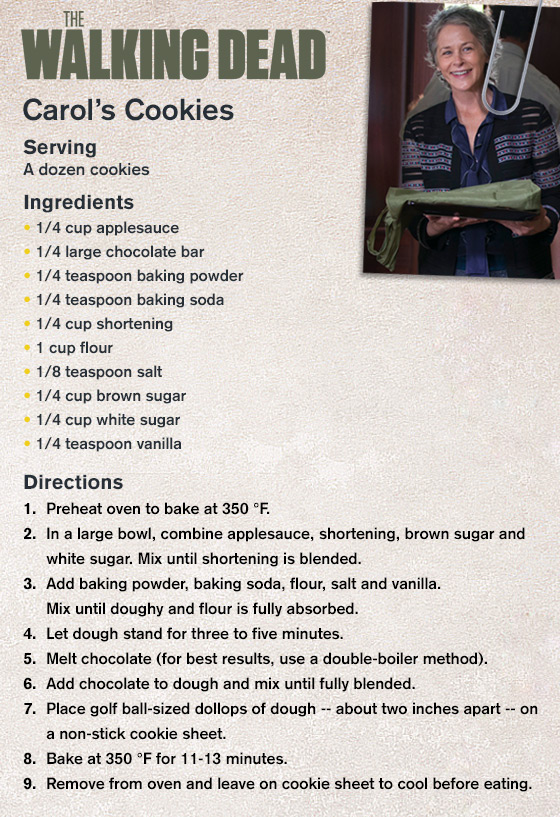 #78 by PurpleRain
Omg this picture is hilarious!!

I can see nothing but the group causing trouble. They're going to get found out. I don't even know why they don't trust the place!

Michonne's making herself comfortable;
Rick love-struck and love can do craaazy things;
Carl's settling in with the other kids;
Daryl's warming to the other 2 guys (forgot their names);
Sasha's got post-traumatic stress disorder and it's going to cause her to make a mistake;
Looks like Carol may have to save the day once again...provided she stays on the down-low and doesn't have another "cookie" incident.

To name a few!

Forum Rules | Avoid Naming and Shaming | The Important Stuff | Have I Moderated Unfairly? Any Questions?

Return to “Off Topic”

Users browsing this forum: No registered users and 6 guests