The Official Forum for Celtic Heroes, the 3D MMORPG for iOS and Android Devices
https://www.celtic-heroes.com/forum/

by Ash A
Just by the stats which one is theoretically better for PvP? A Dino shadow wand or grim?

I ask because honestly I thought by having a shadow grim I would end up being a "supporty" mage but after the benefits of a -600 lure when it comes to all these nubs with their lich fire resist pvp rings it would seem it comes in handy big time. 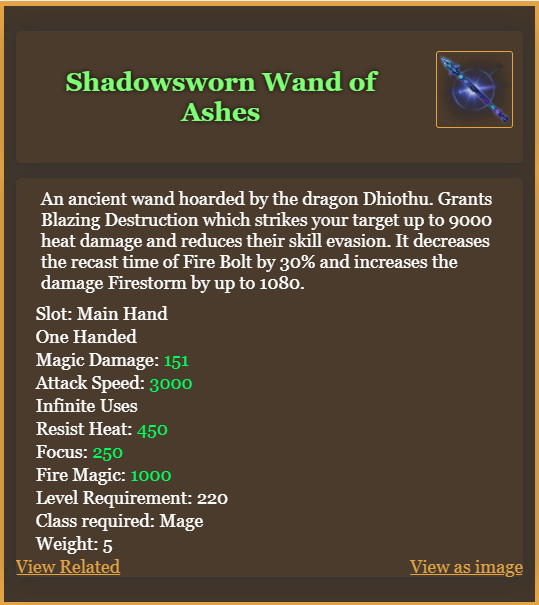 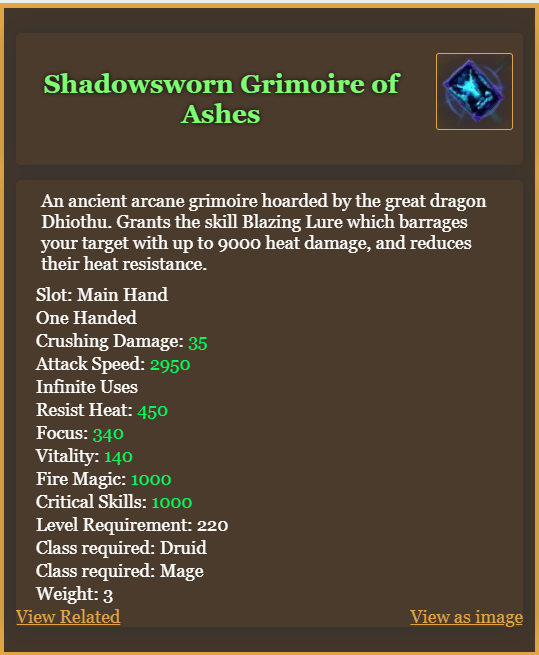 Re: Best PvP wep to date?

by Zkills
For PvP the grim definitely seems better. Like you said the lure comes in handy with all the resistances warriors/rogues like to hide behind. That 9k heat dmg is also really nice on top of the lure. The 140 vit could possibly save your life in a duel and the 1k to critical skills obviously ups your chance at landing a crit which can win you the duel.

The 30% fb cd reduction is nice on the wand as you can replace a bt fb cd ring for a bt ability ring (you want fb cd gear at all times, I see some mages go without it and they’re missing out... can’t tell you how many duels I’ve won because my fb cd was faster). Overall though I’m most certain you’ll do better dps with the grim simply because of the lure. Chances are you’re already capable of dealing massive damage against players without the boosts of the wand, so the only problem is trying to get through all the fire resists which is where the grim wins (think about it, I’m capable of killing many normal eg players at level 190 using necro/Hrung/mord/legacy gear... only problem I run into are players who are stacked on fire resists because of reaver rings or higher level players who can kill me before I can even get 2 hits in as I’m fairly squishy at lvl 190 lol).
All times are UTC
Page 1 of 1
Powered by phpBB® Forum Software © phpBB Limited
https://www.phpbb.com/