#1 by SpecialArrow
Making gold on any server can be a struggle if you do not know what you are doing, today
I will be providing a few tips on making some quick gold and some slow gold.

First I will note that these processes to making gold will not make you rich overnight that is just
a fantasy. but over time you will pick a few things up!

First I would like to start at the basics.

First Method to making gold when you start is collecting cooking supplies, every server has cookers
that are too lazy to collect supplies like oats, wheat, barley, and lentils, etc.. so start collecting those
I have provided an image of where you will find each ingredient.
if you spend maybe a few hours each day at least collecting a couple thousand you can get yourself
70,000 gold right there. follow this step until you have enough gold to get yourself a speed boost mount
which will fasten the process. 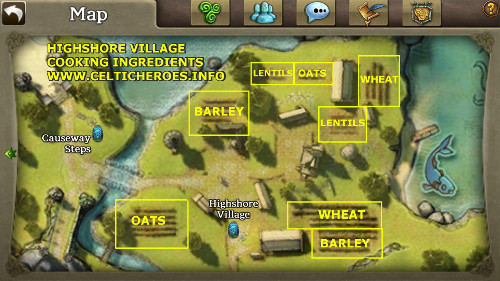 
If you didn't like Method One this method is a bit more time consuming and requires a bit of time
to reach the end goal and most people will know what I'm talking about, fishing this is a good way
to earn gold but is a struggle for people that lack patience, to start you go to eastern docks, I will not be
talking about where to fish from level 1 to 80. because that's irrelevant to this method but there are a few guides
on the forums anyway once you reach about level 70-80 fishing get yourself either a mount or war mount and glide
along the waters of shalemont river. The waters you want to be catching are Shimmering waters once you
reel it in you receive a Prized Pike which sell for around 1,200 gold. Grinding this method at least for 3-4 hours
a day for a week could get you an estimating 500,000 gold it is by chance that shimmering waters spawn
and depending who is actually fishing there.

This Method requires your account to be above level 160-170. What I have noticed when leveling my alt accounts is
boggans drop high amounts of gold and the Medallions sell for good amounts of gold, leveling there for 2 hours
got me around 25,000 gold and bone shards also drop which is a bonus! in lugh bone shards are worth a bit of gold
due to not many people farming them anymore, again this is all to do with the chance of drops. These were at the two
rooms closest to the 160 and 165 dragonlord boss. I do not recommend this as the top spot to farm because many
people level in these areas and it can become an inconvenience and the drop rates are not specified.

these are all the locations for gold mobs in carrowmore tunnels I recommend doing it with a few people as
soloing them can be pretty tough, the spawn time for each of them is 60 minutes but most of the time ph
or placeholders spawn so be sure to check up on them regulary.

Method Five is the final way of making gold I know for a lot of people this doesn't come across
there mind and that is stonevale bosses, not talking about the drops it's about the gold that
the mobs drop, the bosses consist of Lancehorn, Crumblehorn Spearhorn, Icemist, fellfire and
last but not least Falgren. I do not suggest camping these but checking up on them regularly can
make you some extra gold, roughly around 20k every run if all bosses are spawned.
Level required to kill all these is around level 150+ if the gear is good.

I hope this method has helped everyone and hope people start making some gold fast
this took me a bit of time to construct, I didn't add some areas of making gold like cooking
or otherworld farming but I'm sure after reading this you get what you will need to farm.
I do not recommend watching old farming guide videos because those are outdated and there
is plenty of new efficient ways of making gold.

#2 by Kubota13
Been looking for an updated version of this! Nice job and thanks dude

#3 by Novex
Also the Ritual Candle farming in the Dusk Catacombs yields quite a bit of gold, normally 10k gold every 15 mins so it adds up quickly.

#4 by PeruvianLughvian
Another good way of making gold is scamming although this isn’t recommended.

#5 by Orkuss
A good way to make some gold, when you're high enough lvl to get in to corrupted gardens, is to farm BT-Pots!
Theres not enough BT-Pots in AH imo...you could probably sell for around 5k each, or more
5 posts
Post Reply

Users browsing this forum: No registered users and 8 guests