#52 by dinimite12
I’m not sure that this has been mentioned yet, because I’ve follen behind and couldn’t keep track of all posts. Anyways, I don’t have any drawings or suggestions of what the pet will do, but if someone wants to take my idea and make it live, please feel free to do so. I am think of an Unox looking pet, my friends mentioned it to me earlier in game so I was like why not bring it here. If someone wants to take it and draw it please do so 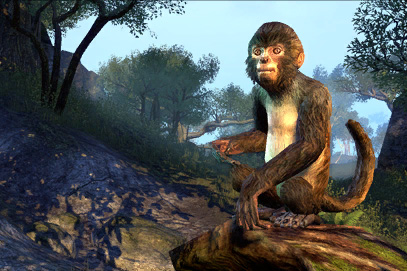 This monkey loves playing with your gear and works hard to aid you, granting its bonuses and the skill 'Helping Hand', reducing time between skill casts - as long as it is fed

Helping Hand Skill:
Cooldown reductions! Thinking behind this; our toons could possibly train them to 'help' with preparing to cast skills. Monkeys can use tools and they are very smart. These would work similar to the ones currently in the game (however possibly stackable with current items?)
Lvls 1-6 (Tier 1) 1,5,9,13,17,21% reduction skill
Lvls 1-6 (Tier 4) 4,8,12,16,20,24% reduction skill

(Pet Skill) With the help of your pet, you are able to ready your skills xx% quicker for 45 seconds. This skill improves with your Monkey Taming ability.

Implication into gameplay:
I've decided with the skills and stats to give this pet the most logical, I would say, abilities. Dex because, well, it's a monkey. Resist cold vs resist heat was a toss up, but those two are some the the only resistances not used in pets currently. Movement attack evasion, because again..monkey, they are agile. Also this evasion, I would personally like to have more of.

This was thought to be compatible with any class. We all use skills, it could be a good way to implement the cooldown reduction mechanic to non-caster classes, and also give the caster classes an interesting alternative to the rabbit pet. Adding this pet could give the people who can't kill some endgame bosses the chance to explore cooldown reduction. It would make lock battles and pvp a bit more interesting allowing long cooldown skills to possibly be used more than once if timed right. I can see this pet giving the most benefit to druids and ice mages, however the potential for all other classes is huge.

Buuttttt, overall just having a monkey would be awesome!! 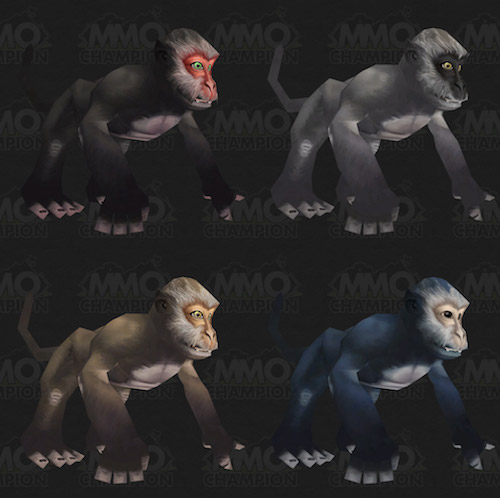 #54 by Flamestorm
Notorious for its shafeshifting ability, gumiho or otherwise called the ninetailed fox, has an ability to transform into a human according to the chinese and korean mythology. They feed on flesh and blood and usually tricks people due to their transformation.

Skill: Leech
Since gumihos feed off flesh and blood, it reminded me of a vampires.
Gives the player a leech for 15 second duration.
300 hp per hit gained as long as skill is active (for tier 6)

Alternative skill: Shapeshift
Since they are commonly known for their shapeshifting abilities, I believe this skill could serve as a distraction. In other words, it can confuse enemies for a certain amount of time while the skill is active.
Enemies applied with the skill can't do anything for 5 seconds. 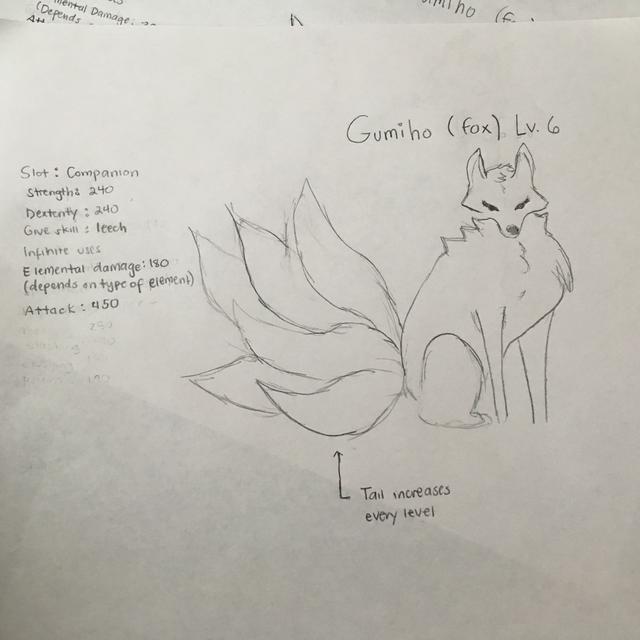 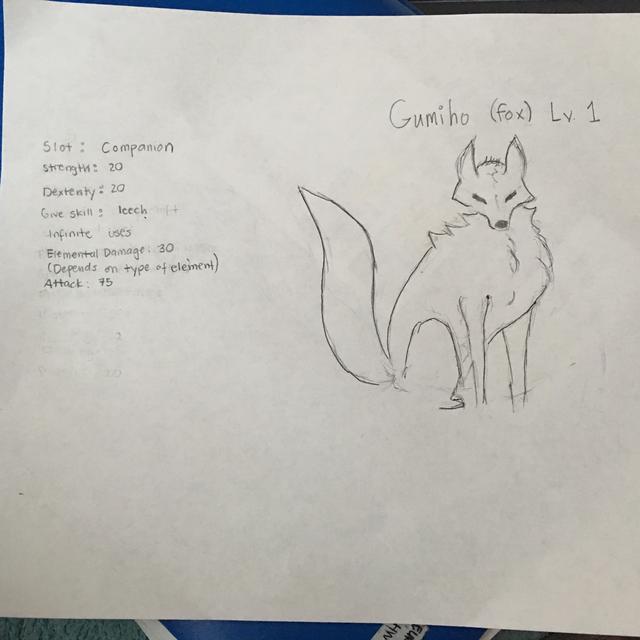 Instead of doing 9 tails for Tier 6, I thought of doing 6 tails for the max pet. In other words, the tail increase as it goes up a level.

I was not able to color my drawing, but basically it will be imbued with an aura of the four types. (Green, red, blue, white) since gumihos are orinally white colored, I think it would be best to substitute it for purple to represent magic element.

dinimite12 wrote:I’m not sure that this has been mentioned yet, because I’ve follen behind and couldn’t keep track of all posts. Anyways, I don’t have any drawings or suggestions of what the pet will do, but if someone wants to take my idea and make it live, please feel free to do so. I am think of an Unox looking pet, my friends mentioned it to me earlier in game so I was like why not bring it here. If someone wants to take it and draw it please do so

If you still need someone to draw the pet for you I’d be happy to! Just PM me the info and if possible a picture of what you’re thinking!

#56 by Arkhamasylum
The almighty Arkoss! It is found in the silvery lakes of Fingal's Cave and feeds on otherworldly crystals. It strikes terror deep into the soul of any hero bold enough to approach it.

Skill: Fingal's Bastion
Adds armour and defence points to all team members for 20 seconds. (Increases with level and ability)

Behind why I made this pet: I believe that this pet would come in handy for many warriors and druids, especially for support characters. The pet may also come in handy for duelling toons, as the stats may be beneficial for them. I was considering adding resists to physical damage, however, I believe that the pet would not be balanced if that was the case. Finally, I loved lizards in the game ever since I started farming them for ss, and always wanted one as a pet so here we are. 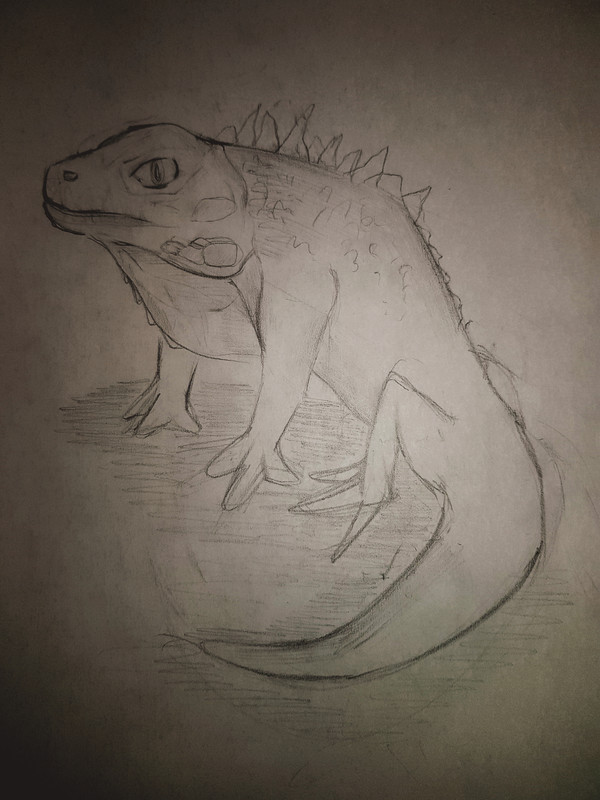 #57 by parmimi
Pet: Brollachan, based on scottish folklore

Description: "A shadowy figure with glowing red eyes and a mouth, its presence invokes fear in those that see it. This Brollachan has been trained to aide you, granting its bonuses and the skill 'Possess,' dealing poison damage to a target and healing you in the process"
Skill: Possess
Your Brollachan possesses the target for 15 seconds, dealing piercing damage per tick and gives an instant heal. 45 second cooldown
Top Tier Stats (lvl 6):
-str: 200
-attack: 500
-Defense: 500
Weakening attack evasion: 750

not sure how the different tiers would look like, but considering that in folklore it varies in size, each tier might be a different size. Or various eye color, idk. 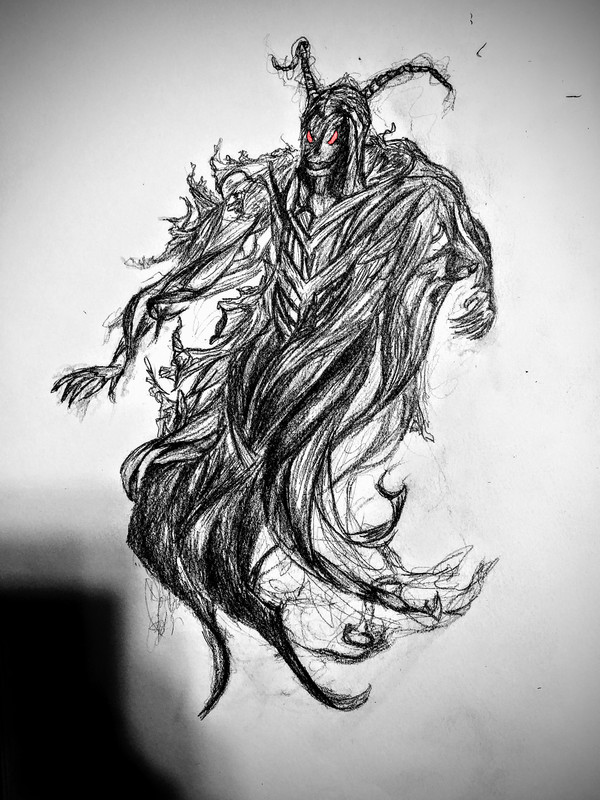 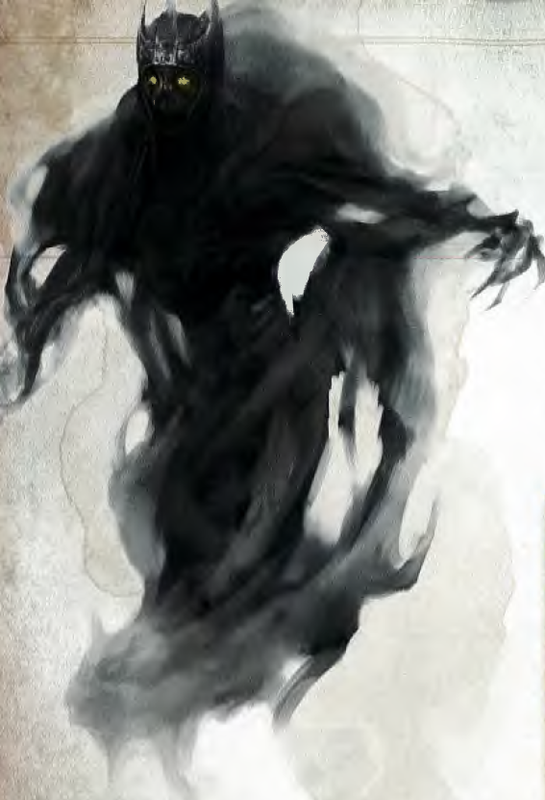 #58 by SamySamSamBoss2000
All right, I wish I had more time to develop this, but I just have to put it down so here it is. (I also hope it's within the deadline.)

Boggarts: This incorporeal creature has long been a hunter of men and beasts. (Some say they were the first ley travelers, using the magical paths to suddenly come upon their prey. An interesting restriction would be to have boggarts only be able to appear close to ley lines.) While it is not a mindless creature, a boggart is driven almost solely by it's thirst for power. A boggart siphons immense amounts of dark magical energy from the blood of it's victims which it then often uses to drain it's next victim dry. Boggarts cannot be tamed, and are often considered evil, but one might make a deal or pact with a powerful adventurer if it was seemingly the best option at the time, with the adventurer of course, riding the land of another potential evil and gaining a new powerful ally.

So this skill I kind of just threw in for fun as it really goes with the nature of the creature, but it is a little intense and is probably a little complicated. Feeding frenzy; A boggart is even more easily intoxicated on the dark magical energy taken from it's victims blood than humans with drinks and alcohol. It will often then go into a feeding frenzy and attack all creatures in it's vicinity except it's "master", and with the more blood it consumes the more powerful it gets and the more damage it does as it consumes even more blood, and the cycle continues, until only it's master remains, (or someone powerful enough kills it).

Power surge: Boggarts are easily intoxicated on the dark energy's it feeds on, potentially causing it to enter a feeding frenzy. To solve this issue, most adventurers have their boggart transfer any excess magic over to them so as to avoid the frenzy. When you use this skill your boggart attacks dealing x damage and transferring the excess energy to you. The initial damage of your next skill is increased for y chaos damage. (I put chaos because boggarts are supposed to use dark magic, but really any damage works I suppose. I think it would also be cool if it empowered other skills, but I'm trying to keep this version simple.)

Bonuses: I don't like giving specific stat boosts as I find it makes pet's for a certain class so I would give boggarts (perhaps different types) the ability to boost any stat or none. I thought it would be cool to use the ley connection as a mechanic for the boggart, so here it goes.

A boggarts ancient connection to ley lines allows it's "master" to travel even while being more encumbered than usual. A boggart increases your fast travel capacity by z amount (I think the max level boggart should make this unlimited, not that it would make that much of a difference.) How ever when you appear at a ley stone within your normal fast travel capacity the magical energy boosts your "stat" by s amount and the magic now coursing through your veins gives you a damage resistance r to the next type of damage you suffer (if multiple types, then the most damaging one) and an energy and health regen of u for the next t seconds.

All variables would increase with pet and ability level.

As for the appearance, they are incorporeal however they often take harmless forms while not in combat. Mine would be an orange tabby. In combat they would be mostly invisible but when using a power surge they would appear as a (flaming/or other/insert cool effect) tornado of their cat appearance (or other animal) color for a few seconds.

As I said, mine would be an orange tabby, flaming boggart.

#59 by SamySamSamBoss2000
↑↑↑↑↑ This was essentially me making a crazy pet that turns out to be a cat. Because cat's are awesome.

#60 by Riverian
My pet is similar to that of a pheonix (unlike the dragon, which offers points for each stat) it is best suited for a certain classes. This one would be for rouges and rangers (meaning it empathizes two certain stats, like the pheonix).

This pet would be a mini griffin obtained by recieving a “Baby Griffin Egg” (since they are part eagle I’ll just say the hatch from eggs) which can be found in chests, which I hope I win

This (Size) (Colour) Griffin works hard to aid you, granting its bonuses and the skill ‘Griffin’s Might’ which increases your attack and damage by 100 and lowers enemy evasions by 200 (black), or the skill ‘Giffin’s Fury’ which increases attack speed by 30% and lowers enemy armour by 200 (white). Both skills last 20 seconds and have a 2 minute cooldown. Scales with ‘Griffin Training’ ability.

The starting stats of the griffin are:

Each level increases the stats by:

What do y’all think?